Here at THM2G, we believe in our clients, and our clients believe in us. Their dreams become ours, and together, we guarantee the long-term success of those dreams through mutual collaboration and relationship-building. We’re passionate about the results we achieve, and we’re committed to ensuring that each of our clients become an integral part of our community and economy.

Because at the end of the day, we share the same dreams. And we wouldn’t have it any other way.

Become part of our legacy. Talk to one of our experts today, and start sharing in the THM2G success story! 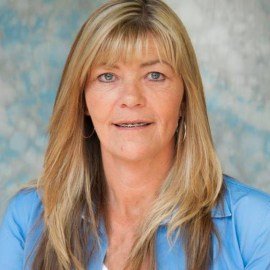 Candy Harman, our founder, began her career with an advertising agency specializing in Co-Op in 1982. She quickly moved through the ranks and was soon promoted to Junior Vice President of Sales. Shortly after, she moved to Los Angeles to take a position in media sales, which would inevitably become invaluable to her career.

In addition to being a sales and marketing powerhouse, though, Candy is also a single mother with two beautiful children. So when she decided it was time to move her little family away from the hustle and bustle of LA, she settled down in Tampa, Florida to further pursue her sales career.

But Candy wanted more for her and her family, and in 1998, she began her own marketing firm: The Harman Media & Marketing Group. The firm quickly elevated to a national company specializing in packaged goods. Her team developed brand images and strategies for new product launches, and they helped larger companies increase their market share and raise their brand marketing indexes. The agency was highlighted in magazines and newspapers across the globe, and it was deemed one of the most prominent pioneers of co-branding.

But in 2001, Candy’s life took a tragic turn when her daughter was involved in a life-altering car accident. Candy knew it was time to close the doors to her agency so she could focus on the well-being of her daughter. The following year, Candy returned to the workforce. She began working for a small company that provided installation work for DTV and Dish Network, and in just a few years, Candy turned the company into the largest fulfillment company in the United States for satellite installations.

Candy noticed a need for an agency that could grow small- to medium-sized businesses in the Colorado Springs and Denver Metro areas. So in 2017, she reopened the Harman Media & Marketing Group. In 2019, Candy partnered with marketing experts Kevin Davis and Eric Marton. Together, the three of them formed the THM2G dream team.